International Symposium – ‘Physical Movement, Body Cultures and Identity in Europe – on and off the Screen’, 1 October 2021, Mary Immaculate College, Limerick

Organised by the Departments of German Studies and Media and Communication Studies, MIC, in co-operation with the Irish Centre for Transnational Studies (ICTS), MIC, and the Centre for European Studies. UL. Free event. Participants may attend online or in person. Pre-register at icts@mic.ul.ie. Full programme below.

Co-organised by Dr Sabine Egger (German Studies, MIC) and Dr Marcus Free (Media and Communication Studies, MIC), the event includes panels on “Sport and Questions of Identity in European Film and TV”, “Dance, Media and Embodied Identities” and “Lola Montez: Spanish Dancer from Ireland, European Femme Fatale, 19th Century Media Celebrity?” Dr Seán Crosson (Huston School of Film, NUIG) will discuss representations of sport, the body and national identity in two recent European co-productions, The Racer (2020), which featured the commencement of the 1998 Tour de France in Ireland as its context; and The Keeper (2018), which dramatized the career of former German PoW, Bert Trautmann, as Manchester City goalkeeper. Papers by Prof. Rebeccah Dawson (University of Kentucky) and Dr Marcus Free (MIC) focus on football in early German cinema, and migration and ‘Irishness’ in television representations of Gaelic games. Former lead dancer and director of Riverdance, Dr Breandán de Gallai (IWAMD, UL), will speak on the (de)construction of images of ‘Irishness’ through Irish Dance, while papers by Dr Eoin Flannery (MIC) and Dr Gert Hofmann (UCC) will discuss dance and embodied identities in literature and philosophy. Prof. Marita Krauss, historian at the University of Augsburg, will present on Lola Montez, an international media celebrity of the time, born in Ireland in 1821. Montez’ performance on and off stage was regarded as scandalous, including her love affair with King Ludwig I of Bavaria, while her political impact was seen as a threat by church and secular authorities. Krauss’s fascinating book on Montez, based on new sources, came out in 2020 and has received enthusiastic reviews. Prof. Joachim Fischer (European Studies, UL) will take a closer look at fact and fiction surrounding the ‘Irish dimension’ of Lola Montez. The event will close with a screening of the recently restored film Lola Montez/Lola Montès (1955) by Max Ophüls, introduced by Dr Christiane Schönfeld (MIC).

The symposium will bring together national and international perspectives from different disciplines, including film and television studies, literary and cultural studies, sport science, performing arts and history. Panels will focus on the spheres of sport and dance as codified physical and popular cultural activities that have historically connected individuals and peoples across the continent of Europe but also – paradoxically – highlighted its internal divides, fractures and boundaries through their rituals (international competitions, performance practices) and representation in literature, film and media forms. Sporting events both reinforce national identities and geographical boundaries through their competitive structures and body images, and unite peoples through the spectacle of live broadcasting or the way athletes’ bodies are choreographed on screen. Focusing on the screening of bodies in motion and corporeal interactions, participants in the sports panel will discuss how the intersections and tensions between national, gender, ethnic and racial identities are represented in examples of European film and television featuring sporting events and athletes. Papers in the dance panels will discuss how (trans)national identities and gender images are reinforced and transgressed on stage, on screen, and in different cultural or historical contexts, and how such dynamics are adapted in literary texts and philosophical thought. The symposium will thus explore how visual and other media, literary and non-literary texts portray transnational imaginative investment in sport and other forms of corporeal movement as cultural codes, but also their contradictory aspects.

See full programme, abstracts and further information on speakers above. Free event. Open to the wider public. You will need to register in advance at icts@mic.ul.ie to receive the online event joining link or access to the building. 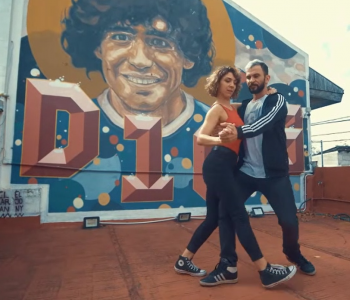