International conference –
‘Identities in Flux: Pasts, Presents and Futures of
Migrant Communities across Europe’, 13–15 May & 21-22 May 2021, University College Dublin (Online)

In recent years, Europe has found itself in a state of seemingly unprecedented turmoil as it struggles to come to terms with an almost unrelenting contestation of the values upon which European identity, and indeed understandings of Western civilisation, rest. This struggle is manifested most notably in the string of terrorist attacks on European capitals such as London, Madrid, Paris, Berlin, and Brussels, but also – and equally – in the ongoing humanitarian crisis at Europe’s southern borders. Nowhere was the severity of the latter more prevalent than in the outcry provoked by the image of three-year old Syrian refugee Alan Kurdi’s body which washed up on a Turkish beach on 2nd September 2015. In fact, current trends in migration have come to be seen as one of the major issues of our time as policy makers, scholars, the media and the general public seek to understand this complex process. However, despite its current status as a ‘hot topic’ within European political discourse and the public domain more broadly, migration and the movement of people across borders, between countries and cultures are certainly not a ‘new’ phenomenon.

The first strand of the conference thus seeks to place the current debate within the broader historical context of crises concerning migrant communities and identities across Europe. It aims to interrogate, for example, the impact of past colonial encounters and resulting power dynamics on various national communities, and specifically on the migrant journey. In what way do enduring colonial mentalities of dominance and subjugation, superiority and inferiority of peoples and cultures, impact on perceptions and experiences of migrants arriving in a receiving country? And in what way do they frame the perceptions and experiences of the local communities? Ultimately, in addressing these questions, we approach constructions of migrant identity not as an isolated phenomenon but as part of a dialogic progress.

Drawing on the research of Gurminder Bhambra on the link between migration and European colonial/post-colonial histories, the conference aims to place particular emphasis on processes of ‘othering’ and their role in ongoing (de)construction, articulation, and projection of identities – be they individual or collective, national or transnational. Within this context, the centrality of culture and education in identity formation, differentiation, and integration, will be of particular interest and will form the core of our second conference strand. This second strand seeks to address the (possible) futures of migrant communities and identities debating current/future attempts aimed at impacting positively on, or furthering general understanding of, migrant experiences. This may include, for example, projects, which aim to combat exclusion through celebrating multiculturalism and embracing transnational identities, thus facilitating processes of integration and the fostering of global citizenship. It is envisioned that this interrogation of migrant experiences and most specifically analyses of identity constructions will shed light upon what many perceive to be a current crisis of European identity and citizenship, as we enter a new post-Brexit iteration of the European project.

The conference organisers would like to extend their sincere gratitude to the UCD Humanities Institute, the Irish Centre for Transnational Studies (MIC), and the Irish Research Council for their unwavering support for this event. Furthermore, they would like to express a heartfelt thank you to the delegates who graciously and patiently endured all postponements and changes caused by the pandemic. 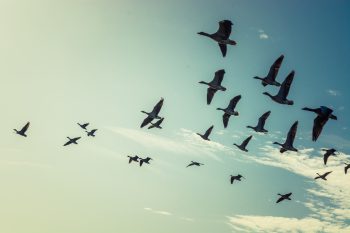