Workshop – Contested Space: The State, Religion and Public Spaces, 11 May, 2017

The globalisation processes of the early 21st century and the current global refugee crisis have caused growing political and social tensions which profoundly impacts upon relations and identity politics both within the European Union and within individual member states. Although migration into, out of and within Europe has shaped the continent since antiquity, both globalisation and the European integration project are increasingly questioned by nationalist movements and right-wing populist parties who have repeatedly proclaimed the death of ‘multiculturalism’ and questioned states’ principle of religious pluralism. In the aftermath of 9/11 – and more recently terrorist attacks in European capitals such as Paris, London, Berlin and Madrid – religion and religious expression and indeed secularism have once again become an important marker of cultural identity. Islam in particular has come to be identified as a cultural adversary, with various movements and populist parties often occupying public space to aggressively assert their cultural values and norms in opposition to Islamic practices, the female body being one of the most central symbolic ‘battlegrounds’.

Mainstream parties are divided on these issues and how to respond to these movements. After decades of publicly and diplomatically pursuing policies of both integration and inclusion vis-à-vis migrant communities, local and national government policies in Europe seem to increasingly enable nationalist discourses by banning and stigmatising Islamic practices. While many countries have moved towards banning or have already partially banned the burqa and niqāb in recent years, it is perhaps France which stands out as the primary battleground in this ongoing standoff between state and religion, the controversial ‘burkini ban’ debate and subsequent widespread press coverage in France being but the most recent in a series of episodes opposing religious and secular values. However, it is also important to note that the complexities and tensions surrounding the relationship between state, religion and public are not due solely to migrant contexts but extend – as the European Court of Human Rights’ ruling in Lautsi v Italy and its subsequent reversal in 2010 illustrate – to more general debates and identity politics which involve all religious groups, including Christianity. While understandings of ‘multiculturalism’ and religious pluralism and their relationship to public spaces are first and foremost shaped by the national histories, political cultures and social imaginaries of individual countries, international crises and events, EU laws and policies, and the jurisprudence of the European Court of Human Rights add supranational layers of meaning.

This workshop seeks to explore the relationship between states, religion and public space by discussing a number concepts, issues, and examples. The workshop takes its lead form a selection of articles and short presentations on France’s notion of laïceté and Germany’s attempt to separate state and church, while simultaneously encouraging the political and civic involvement of religious persons.

Questions and terms that will be interrogated include, but are not limited to:

– What constitutes a public space?
– How is secularism defined in modern Europe and how does it relate to the idea of religious freedom and the freedom of expression?
– To what extent can religion be viewed as a central component of national identity and how does this manifest itself in national and European politics?
– To what degree is the female body appropriated in political debate and policy and how – in such cases – can women regain agency over it?

The workshop is envisioned as forum to discuss and explore the relationship between state, religion and public space and a formal preparation is by no means necessary in order to attend and participate.

If you wish to receive a list of suggested articles, please email either Dr. Britta C. Jung or Dr. Mairead Ní Bhriain: 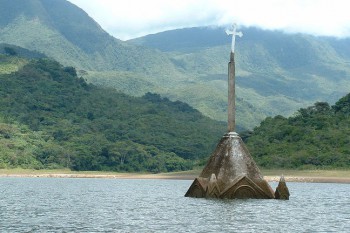